Archbishop William Temple died 70 years ago this week, in the same year as my own maternal grandmother. I personally never met either of them as I was not born until 1951, yet I suspect both had a significant influence on my life and wellbeing. 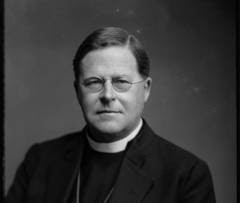 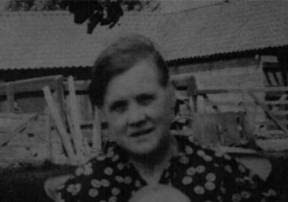 As a child of poor working class parents growing up in those early post war years I benefited from the cod liver oil, the free prescriptions and the free grammar school education that had just become available under the welfare state. And it was along with his friends Beveridge and Tawney who identified five "Giant Evils" in society: squalor, ignorance, want, idleness, and disease, and went on to propose widespread reform to the system of social welfare to address these.  My whole generation continues to gain much from the social and economic conditions that ensued, though today we look round with sadness and often anger at the way this great achievement is being destroyed under the influence of neo-liberal economics and the cult of individualism.

is perhaps best known for his 1942 book Christianity and Social Order, which set out an Anglican social theology and a vision for what would constitute a just post-war society. He argued powerfully for the right of the church, and of individual Christians to engage in debates in the public sphere, and to propose radical policies that would bring about a more just and equal society. By advocating an approach of drawing evidence and wisdom from across the disciplines of economics, the social sciences, politics and theology he avoided the temptation of directly bringing Bible texts to bear directly on modern social issues. However he ensured that fundamental Christian values could be applied in the service of the common good.

As a radical evangelical non-conformist I still have some difficulties with the whole notion of Archbishops, especially when they themselves were the son of an archbishop and drawn from an elite social class. himself was educated at Rugby School and Balliol College, Oxford, where he obtained a double first in classics and served as president of the Oxford Union. I would also have had some difficulty during the war with 's robustly non-pacifist patriotism. However I am willing to give him credit for his Christian socialist credentials and for his ministry as bishop in the North –west of . His legacy locally includes the secondary school in Preston where my own two children were educated.

I continue to value being an associate fellow of the William Temple Foundation and to be one of a team involved in productive thinking and research into the relationship of the church with the economy and the public sphere. And I'm really looking forward to being involved next week in the exciting conference

I hope to see you there.  You can still book tickets by clicking on this link

My posting for International Blog Action Day http://blogactionday.org/ in response to a request from Church Action on Poverty

Twice in 24 hours in the last week I was in an audience hearing a presentation from an official of the Department of Work and Pensions describing and trying to justify the basis and practice of their social justice strategy. Much of both presentations seemed to follow a script and one had to feel somewhat sorry for the poor civil servants who seemed rather unconvinced of the political ideology and ethical views on which their programme is based and less convinced still of its outcomes and achievements.

Social Justice is about making society function better – providing the support and tools to turn lives around… The term 'Social Justice' is one which has many facets, but only one outcome. A life-changing difference that offers people a chance to rebuild their lives.

And the analysis drawn from work by Iain Duncan Smith's think tank the Centre for Social Justice is summarized as:

…..  family breakdown, low educational attainment, worklessness, problem debt, and addiction combine to cause the entrenched poverty affecting many of our communities.

The DWP strategy includes action to:

The flagship policy is welfare reform.. and in particular the introduction of Universal Credit.

Where does one begin to critique this approach? For the problems of poverty in the   are real enough, and the aspirations are noble. Even some of the mechanisms such as making benefits rates flexible enough to make earning a living worthwhile in a flexible and casualised labour market are fine in principle. However, at every level philosophy, policies, and practices they are wrong, and the outcomes we observe everyday seem to produce increasing social injustice.

An alternative view of social justice  - from the Bible.

The Bible indeed often speaks of the need to turn lives around and about transformation of people and communities. But that turning around involves both a change of mind (metanoia – usually translated as repentance) and a conversion (from sin and self towards the love of God and of neighbour). This is the basis of a new creation, of the power of the age that is to come, the power that raised Jesus from the dead, breaks into the present age and to some measure is brought under the lordship (kingdom rule) that comes from heaven. Such a change is good news for the poor, and liberation for the captives. But it is also a judgement on the oppressor, a justice that in Mary's words brings down the mighty from their thrones, and scatters the proud in the imagination of their hearts.

Biblical social justice therefore is not just about individual rights and responsibilities which are functional for society but is both relational and radically egalitarian. We could start in Genesis with John Ball who in 1381 asked "when Adam delved and Eve span, who was then the gentle man".  Or we could go down with Moses and the slaves of the 19th Century to "tell old Pharaoh, let my people go." Or we could rage in streets with Amos against the "cows of on , you women who oppress the poor and crush the needy and say to your husbands, "Bring us some drinks!" and refuse to worship until " justice rolls on like a river, righteousness like a never-failing stream".  We could sing with David of the perfect anointed ruler who is to come who will " judge your people with righteousness, and your poor with justice" and trace the fulfillment of this in Jesus who "though he was rich, yet for your sake he became poor" and told parables where the invitation to the banquet went "out into the streets and lanes of the city to bring in here the poor and crippled and blind and lame". Or we could observe the first assembly of believers in where.. "there were no needy persons among them. For from time to time those who owned land or houses sold them, brought the money from the sales and put it at the apostles' feet, and it was distributed to anyone who had need".  Or we could read the instructions of Paul to the church in that  " Our desire is not that others might be relieved while you are hard pressed, but that there might be equality. At the present time your plenty will supply what they need, so that in turn their plenty will supply what you need. The goal is equality…"

It is clear then that a Christian view of social justice is more than offering poor people a chance to rebuild their lives. Rather it offers a chance for the rich and powerful to look at things differently, and to change the way they live and act, before it is too late and they look up to Lazarus in heaven to discover they are on the wrong side of an unbridgeable gulf.

An alternative analysis of the causes of poverty

No one can deny that across the there are problematic levels, and local concentration in certain neighbourhoods of family breakdown, low educational attainment, worklessness, problem debt, and addiction . However, it can be argued cogently that these are the symptoms rather than the causes of people's distress. The DWP/CSJ analysis tends to put the blame for these ills on the individuals who suffer from them. Of course all people are more than victims, as human beings they are agents, who take decisions and make choices, some of which may be wrong, bad or irrational. However, the available choices are often constrained by economic and social structures and by political decisions made by powerful people at a great distance from their lives.

Describing poverty in terms of individual pathology is central to the ideology of neo liberalism. Four decades of minimally regulated global capitalism has left many former industrial areas without industries to provide sufficient employment, and  left only service industries based on casual low paid work . The same decades of reckless lending has produced an epidemic of debt and usury. The lack of hope has produced poverty of aspiration among many young people, and many have turned to drugs and alcohol to dull the pain.  Family and community relationships have weakened, and one can argue about the contribution of social and economic stress, compared with the social liberalism that has promoted the cult of the autonomous individual.  Indeed as Paul Verhaeghe argues Neoliberalism has brought out the worst in us.

So if the philosophy, and the social analysis of the DWP/CSJ is wrong what about the policies and their outcomes? We only need to look at a few examples. The troubled families programme even if it succeeds with some inevitably stigmatises a small number of households who are drowning, without offering much support to the much larger numbers who are just about keeping their head above water. Universal Credit judging by the delayed and cautious rollout is an administrative quagmire,  and the gains are likely to be offset by the consequences of people who wont be able to cope with the change, to understand the implications or to manage monthly payments and budgeting. More significantly the welfare reforms which introduce harshness and conditionality, and reduce claimants disposable income are fundamentally unjust. Arbitrary benefits sanctions, unwarranted medical judgements about fitness for work and disability and the bedroom tax leave many people in destitution and despair. The evidence is there not least in the rising use of foodbanks, which increasingly are needed by people who are in employment as well as by those who fall through the holes in the welfare safety net.

Also in the background are the unjust effects of the austerity programme where cuts and efficiencies in public sector employment, reduced funding to local authorities, and the creaming off of profits by commercial contractors for public services have an unjust impact on local economies in already struggling areas, especially outside of and the South East of England. Without solutions to these macro economic problems there seems little chance of an end to work-less-ness, a long term reduction in child poverty, more stable family life or an improvement of mental health and wellbeing.

Even if we give the DWP the benefit of the doubt and accept that they sincerely want the lives of the poor to be improved, the social justice strategy is deeply flawed and likely to prove an utter failure.
Posted by Greg Smith (TL) at 00:29 2 comments: