The following blog post is an edited extract from the newly released e-book, 'The Seven Pillars of Religion in the Public Sphere (or what on earth is religion?)' by Greg Smith. Out now!
http://williamtemplefoundation.org.uk/it-engages-and-enrages-the-political-agenda-but-what-on-earth-is-religion/
Posted by Greg Smith (TL) at 04:56 No comments:

I'm pleased to say that my new Temple Tract is now live and available to download here: http://amzn.to/2bBg44X

Out now! 'The Seven Pillars of Religion in the Public Sphere (or what on earth is religion?)' by Greg Smith

Is God back? Whether one sees religion as declining or experiencing a resurgence, in 2016, questions of religious beliefs and actions are perhaps more present in public life than they have been in recent times. From politicians publicly professing their faith, to France's infamous 'burkini ban', to legal disputes over icing cakes with slogans supporting same-sex marriage, religion is far from a silent elephant in the room.

Conversely, at the same time religious literacy appears to be declining. Greg Smith takes up the challenge of explaining 'what on earth is religion' writing specifically from the UK's globalised, post-Christian context. Smith suggests that the best way to understand it is through looking at what he coins as the 'seven pillars of religion', which are distinct yet overlapping in nature. In doing so, Smith highlights and clarifies what this increased visibility of religion in public life might actually mean, both in terms of how we perceive modern society, and how we understand the changing nature of religion within it. 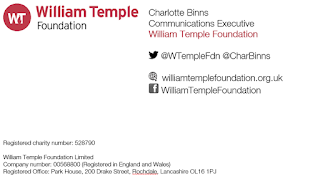