I think I've become addicted to the Facebook Group of the I'm Sorry I Haven't A Clue Appreciation Society  https://www.facebook.com/groups/ISIHAC/

my contributions to the beauty queens at various carnivals

Brie Then in a Moat.

Our van in Oman Ah!

The Tray of the Dyffydds

Late arrivals at the medical ball

Mr and Mrs Beticcoma and their Welsh son Dai

Followed by his Chinese friend In Su Lin

From the judge's bench M'lud Transfusion. He'll send you to the red cells

And her cousins Kia and Mo Therapy

From via Mrs De O'therapy and her husband Ray

Master Ramedic and his aged Pa

Mr Urgency and his ward Emma

Ms. NColagist and her favourite Guy

Ms Greenstick-Fracture and her ex Ray

The ostomy bag regiment and their senior officer Col. etc..

Late arrivals at the ball

New e-book series takes on key debates on religion in public life
What role does religion play in modern British society? What are the key debates in religion and public life? How should we begin to explore them? Temple Tracts is a series of seven short and accessible e-books offering engaging analysis, case studies and discussions on contemporary concerns for religion and society.
Researcher Greg Smith has spent 40 years working in urban mission and community development. Launching the series, Smith's pre-election analysis of the British welfare system takes a candid look at the role of faith-based organisations, asking how and why these groups have tried to plug service gaps. Faith, Progressive Localism & the Hol(e)y Welfare Safety Net explores the relationship between Local Authorities and faith-based service providers, combining revealing case studies from the North West of England with strong theoretical analysis.

Find out more and download for just £2.99 from williamtemplefoundation.org.uk/temple-tracts

Sign-up for the William Temple Foundation newsletter and be the first to know when each new book in the series is published.

Religion, Social Policy and the Body By Tina Hearn
Posted by Greg Smith (TL) at 06:02

Back in 1986 I wrote this paper on BIBLICAL BASES OF SOCIO-POLITICAL ACTION
Some people might be looking for something like this today.
The URL http://gregsmith.synthasite.com/resources/BIBLICAL%20BASES%20OF%20SOCIO.pdf
Posted by Greg Smith (TL) at 11:46 No comments:

The hierarchy of needs and the web of provision.... where churches fit in..


Maslow's hierarchy of needs is a familiar theory in psychology proposed by Abraham Maslow in his 1943 paper "A Theory of Human Motivation" in Psychological Review.[2] 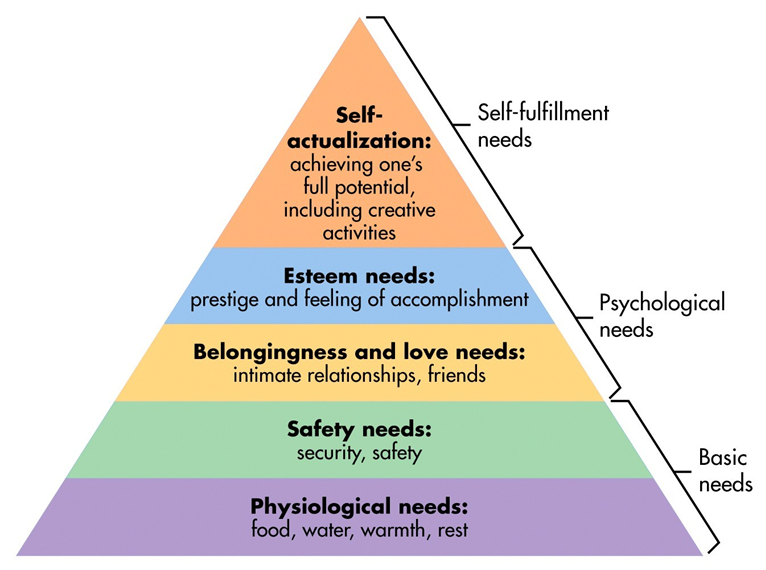 While this model is open to question as

Yet it does give us some useful categories and fits into the mission strategy put forward by William Booth, the first General of the Salvation Army “But what is the use of preaching the Gospel to men whose whole attention is concentrated upon a mad, desperate struggle to keep themselves alive?”  However it should be noted the same Booth is quoted as saying.. “To get a man soundly saved it is not enough to put on him a pair of new breeches, to give him regular work, or even to give him a University education. These things are all outside a man, and if the inside remains unchanged you have wasted your labour. You must in some way or other graft upon the man's nature a new nature, which has in it the element of the Divine.”

Until recently it was assumed that the British welfare state had the base of the triangle well covered, that no one would be left without basic needs being met. The church and it's mission was therefore to work higher up the hierarchy offering belonging through the fellowship of the church, and salvation through the gospel of Christ. There would be a measure at least of personal transformation, which Anna Ruddick in her study of incarnational urban mission suggests is the added value brought through faith in terms of a new sense of human significance even if personal circumstances are not greatly changed.

With the growing inequality that has resulted from the global neo-liberal project or recent decades, which has culminated in the new destitution of recent austerity programmes, churches have responded with a new emphasis on meeting basic needs.  Food Banks are the most obvious example; in Lancashire alone we have over thirty handing out over 30,000 parcels a year, almost all started up and managed by churches. There are also numerous soup kitchens and community cafes, homelessness ministries, street pastors and charitable handouts of blankets and clothing all designed to address basic needs of those who are destitute and vulnerable.  Some of these ministries also offer genuine love and belonging, and address the highest level spiritual needs by providing opportunities for prayer and worship, albeit sometimes in a rather full on, clumsy and heavy handed way.

My observation of church linked social action programmes is that they are often not so good at offering esteem and a feeling of accomplishment to their "service users". Indeed this label itself often sets customers apart from providers as people who need to have good done onto rather than fellow human beings with talents and gifts to share with the wider community. Nor are they always good at offering a hand up rather than a handout; sometimes it feels as though the primary need is for the good Christian volunteers to feel needed, that they are helping those in real need, and that it is convenient to keep the recipients in permanent childlike dependency. For some activities this is justified by the "unique Christian ethos" of the project and the assertion that only through the truth and power of the Gospel can the highest level spiritual need for salvation be properly addressed. At the extreme this becomes arrogance which ill behoves followers of the one who  "Who, being in very nature God, did not consider equality with God something to be used to his own advantage;" (Phil 2;6)"  and breeds a rugged independence which prevents collaboration with other services that remain invisible from the depths of one's own silo.

In reality, even in the much reduced remnants of the welfare state, a wide variety of  services remain, some statutory, some secular and not for profit, some in the form of social enterprises or private businesses working under contract, and some operating to professional standards but inspired by religious faith.  The best of these, because of their professionalism and specialist expertise, can be much better than the churches at a holistic approach which leads to overcoming dependency and offering the hope of personal and community development and empowerment; while the worst can be dire, chaotic, coercive or conditional and entangled in red tape.  Surely Christian social activists have much to gain by engaging with due diligence in this wider web of provision. I'm not totally sure that this is what Chris Baker of the William Temple Foundation means when talking about "entangled fidelities"  . However, the potential gains range from economies of scale to better signposting and referral processes, to opening new paths to funding and resources and a seat at the table where policies are shaped, where we might use some power for the blessing of the weak and the promotion of the common good. In the messiness of such involvement sometimes we will find allies and a warm welcome, sometimes indifference or misunderstanding, and occasionally at least hostility and hatred.

The challenge of course is an old one, to remain realistically involved in the world as it is, while remaining faithful to the heavenly vision of the world that is to be. Or as Jesus himself put it “not of the world, but sent into it.”
Posted by Greg Smith (TL) at 11:55 No comments: